This is How WE Roll 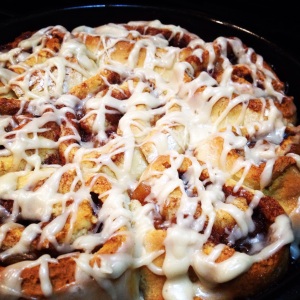 Looking at the above picture you are probably thinking of the classic gooey cinnamon roll that is filled with a sweet brown sugar, buttery, cinnamon filling and topped with a vanilla glaze that melts into the soft yet crisp biscuit like dough. However what you don’t know is that this is not your normal cinnamon roll… it’s an Apple Pie Cinnamon Roll!

Cinnamon rolls and sticky buns have been gracing bakery shelves for years. Almost every local coffee shop has their own version and gluten-free options have even become available. The only thing is that these cinnamon rolls are all basically the same in their flavor profile, sweet and cinnamony (and yes I know that is not word but there was no other way to put it). Anyway where I am going with this…while over at Joanna Thompson’s (fellow 10k teammate and foodie) we someone how got to talking about my cookie dough cinnamon rolls and her salted caramel version and the conversation took a turn. We went into our own little world and began listing off all of the different “cinnamon” rolls we could make. Including this version: 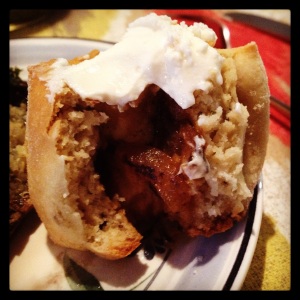 Caramelized Onion “Cinnamon” Rolls with Honeyed Goat Cheese “Frosting.” Savory and delicious and completely unexpected. When I bit into this thing I almost died. I could barely stop eating long enough to take this picture. Joanna and I crafted these nuggets as a side to our kale & quinoa stuffed mushrooms and then accompanied this meal with another “cinnamon” roll for dessert. Are you ready for this… 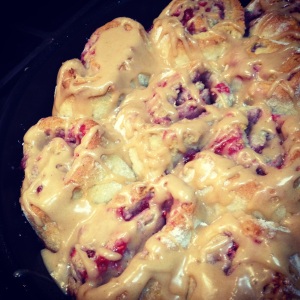 PB&J Rolls. These were filled with Joanna’s Almond Raspberry Jam and topped with a frosting made of powdered peanut butter, powdered sugar, vanilla & almond milk. I was too full to eat one these little guys after dinner so I saved it for breakfast. This roll in combination with my cup of cocoa coffee from Trader Joes was definitely the perfect breakfast! Think these rolls sound/look good well just wait there are plenty more to come!

This entry was posted in Uncategorized.

My Past, Present & Future

My last race of my collegiate career was one I try not to think about too hard. That devastating last race came 2 days after a 13th place finish (top 12 qualify for nationals) in the 10k at regionals, an event I had qualified for nationals for in the previous 2 seasons. I carried the feeling of defeat I felt after my 10k into my 5k and as I stood on the start line I felt the world falling in on my shoulders. I had already lost that race before it started. In the hours and days after that race I felt like my feet had been pulled out from under me and I was lost. I couldn’t believe my collegiate career was over just like that. It took me a couple days to come to terms with what had happened but after the fact I realized this wasn’t going to be the end for me.

When I started at NC State I was a good runner but not a great runner. I wasn’t nationally ranked and my times were middle of the road for collegiate running. Most people wouldn’t have had me on the radar for becoming an All-American and after my freshman year, no one, including myself, would have thought I had shot at even an All-ACC finish. However, in the years that followed things began to change. My sophmore year I was placed on a gluten-free diet for medical concerns. Then in my junior year I finally saw the light. In the months prior to my 2011 spring track season I got back involved with my church, regularly attending and finally actually understanding the message. I was regaining a relationship with God and it started to play out on the track. I put my trust in God and began pursuing each race with him in mind and it was almost unreal what happened. I placed 2nd at ACC’s that year, dropped over 2 minutes off of my previous 10k time, and finished it off with a 2nd Team All-American finish at nationals. I could barely believe I was even in contention for nationals going into that last lap at the 2011 NCAA regional championships. When I stepped across that finish line I realized, God has more in store for me.

Now today I feel even more called to pursue a professional running career. While the hit I faced at the end of my collegiate career was hard I realized it was a message to me that I need to change my mind set. I had become too obsessed in doing everything right and lost some of my trust in God. To me it also served as a wake-up that I had a lot more work to do. I had become better but I needed to be brought back down to earth. The professional distance running aspiration would mean a whole lot more improvement on my part and as hard as that regional finish was, it was just what I needed. I want to get to a point where I can inspire others and show them what God can do. I feel like I have a story and now I am just trying to make it worth sharing. 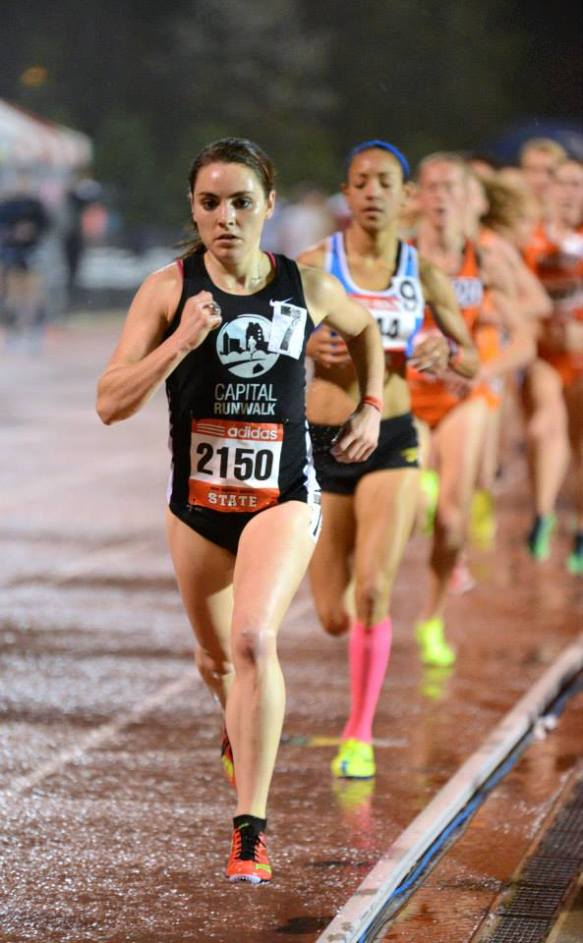 This entry was posted in Life, Running Story and tagged #postcollegiate #goals #godsplan.